In the 80th minute of A-State soccer’s match at Texas State Saturday with the scoreline at 0-0 and the Red Wolves’ undefeated record on the line, Texas State’s Mackenzie Smith ran unmarked into the box and rose to head a ball played on a diagonal cross that was destined for the Red Wolves’ net.

With an outstretched right hand and cat-like reflexes, A-State’s all-time leading clean sheet record holder turned the header away in a diving effort as the Red Wolves went on to win the game 1-0 in overtime behind another strong performance from A-State’s No. 1 Megan McClure.

For those familiar with the A-State soccer team, saves like the one against Texas State have become standard for the standout senior goalkeeper. McClure broke A-State’s all-time shutout record in the Red Wolves’ first match of the season at Central Arkansas when she recorded her 12th clean sheet in an A-State kit. Now, with three games left to play in the regular season and the postseason on the horizon, McClure has registered 17 total shutouts.

McClure did not even find out she had broken the record until she was already two up on the record as one of her coaches informed her about it later.

“It was a sense of accomplishment,” McClure said. “The fact that we kind of all forgot about it was kind of the same feeling for me. It’s important and something that I can celebrate but I would hope for a lot more from this year. I want more than just that shutout record, I want a championship, I want to win the conference my senior year and go to the NCAA tournament with my team.”

From freshman to all-time great

McClure arrived at A-State and was immediately behind another one of the program’s all-time great goalkeepers, Kelsey Ponder. Ponder held the shutout record that McClure broke this season.

“(Kelsey) was an incredible leader on the field, very wise and knew the game and how to work with her teammates,” McClure said. “It was definitely a competitive spirit between us. She was a good mentor to me and I respected the seniority that she had and the part she really played on the team my first two years.”

A-State’s goalkeeping coach, Daniel O’Hare, came to the team at the same time as McClure and he has helped her develop as a player since day one together.

“A lot of the things we tried to improve were reading the game, game situations and small details and stuff,” O’Hare said. “Kelsey was a good partner for her to learn because Kelsey was good at all the things Megan needed to improve on.”

Since arriving at A-State, McClure has worked on many different aspects of her game but her situational awareness and her ability to read the game has improved tremendously.

“(She’s improved the most at) reading situations probably,” O’Hare said. “Being able to manage the game. Her understanding. She was always able to make unbelievable saves and distribute well but I think the way she understands the game now and managing situations and helping her teammates by communicating, and her confidence through being able to do those three things has elevated her.”

McClure echoed her goalkeeping coach’s sentiment about her most improved aspect on the pitch.

“Probably knowing the game,” McClure said. “My maturity as far as my intelligence in the game of soccer, my game intelligence. Being in the right place at the right time and kind of interpreting what a forward might do as they bring in the ball and moving accordingly.”

Since her freshman year McClure’s confidence has improved and she’s learned to work with and trust her teammates.

Being a goalie her entire career, McClure never really played in the field and since coming to A-State she’s had to work on her ball distribution and playing out of the back with her feet.

When O’Hare and McClure came to A-State, O’Hare stressed the need and importance of keepers being able to play with the ball at their feet. In practice, O’Hare even tries to get his goalkeepers in outfield drills as much as possible.

If the keepers cannot make it into an outfield drill during practice, O’Hare ends the training session with drills that include passing under pressure.

“I didn’t really have the chance to develop my feet as much as some goalkeepers that switch from a different position on the field to being a goalkeeper,” McClure said. “So I wanted to make that one of my focuses, being able to play really well with my feet and my team being able to rely on me if they need to look back for a backpass or for me to be there to help move the ball out.”

When McClure’s time came her junior year to be A-State’s starter, she was ready for the opportunity and was part of a historic run to the Sun Belt Conference championship game.

“Before that season started there was a lot of nervous energy but a lot of the feeling that this is my time and a long time coming,” McClure said. “There was almost a sense that a weight was lifted off my chest because I was seen as the starting goalkeeper. At the same time it was a different level of responsibility. I had to learn how to deal with that confidently.”

A-State went 11-6-4 in the regular and postseason combined, including a 5-2-3 regular season conference record and a third place finish in the SBC McClure’s junior year. McClure posted nine shutouts including two in the SBC tournament and scored a penalty kick in the first round shootout against Texas State. McClure was named to the SBC All-Tournament Team.

This season, A-State tends to field a young backline with freshmen Rachel Kutella, Hailey Cloud and Lauren Shah all consistently starting for the Red Wolves. McClure has led these confident freshmen well all season and so far, through seven matches, A-State has only allowed a single goal boasting a goal differential of +15.

“Before she was trying to understand these situations by herself but now she has the answers where she can help the backline to solve issues before they arise through her communication and her guiding them to what they need to do,” O’Hare said. “At the same time the freshmen that have come in have a very good upbringing in terms of their soccer careers. Their understanding is very high as well.”

Kutella and Cloud boast a solid center back partnership while Shah slots in at outside back.

“They’re super skilled players,” McClure said. “I’ve never played with such young players ahead of me and they’ve really stepped up to the challenge. They’ve impressed me immensely.”

McClure was named to the SBC Preseason All-Conference team and A-State currently boasts a 7-0 overall record and a 6-0 record in the league. McClure has registered 21 saves, six clean sheets and holds a 0.14 goals against average. Her shutout tally is first in the entire nation so far this season. McClure’s goals against average and save percentage at .955 are both best in the SBC.

A-State’s roster is filled to the brim with goalkeepers. McClure, sophomores Noel Miller and Olivia Luther and freshman Michaela Potter compete at every practice. Before senior Eda Senger got hurt, there were a whopping five keepers in the squad.

The drive of every keeper on the team to improve herself while working hard and competing against the others elevates each and every keeper in the squad, O’Hare said.

O’Hare said there are not many goalkeeping groups that are better than the group at A-State and he emphasized that healthy, fierce competition.

“It’s probably the sole most thing I’m proud of, of that group and how we’ve come from the first year to this year,” O’Hare said. “How competitive it is but how healthy the competition is also. Everyone wants to be the best and we have competitions each day but they also want each other to improve. Over the last 18 months they’ve understood that’s how they get better.”

Ponder was a great mentor for McClure and McClure said she wants to foster a positive atmosphere and relationship with the younger goalkeepers on the team.

“I think the other goalies don’t realize as big of a part as they play on me because they challenge me everyday to keep striving for more and more and I hope I do the same for them,” McClure said. “They’re essential for me and I hope I’m essential for them.”

O’Hare said McClure has a fantastic chance to play professionally if she wants to play at the next level.

“I think she needs to just keep maintaining what she’s doing, improving her knowledge of how to read situations and becoming consistent, which she’s doing this year,” O’ Hare said. “100% she can do it if she chooses to.”

McClure is taking the first steps at looking toward a professional career and she does not exactly know what league or where she wants to play yet. She sets the bar high.

“I don’t think it’s wrong to say that I’d like to play for the women’s national team one day,” McClure said. “I don’t know if that’s going to be a starting point but I definitely aim for that and aspire for that.”

This site uses Akismet to reduce spam. Learn how your comment data is processed. 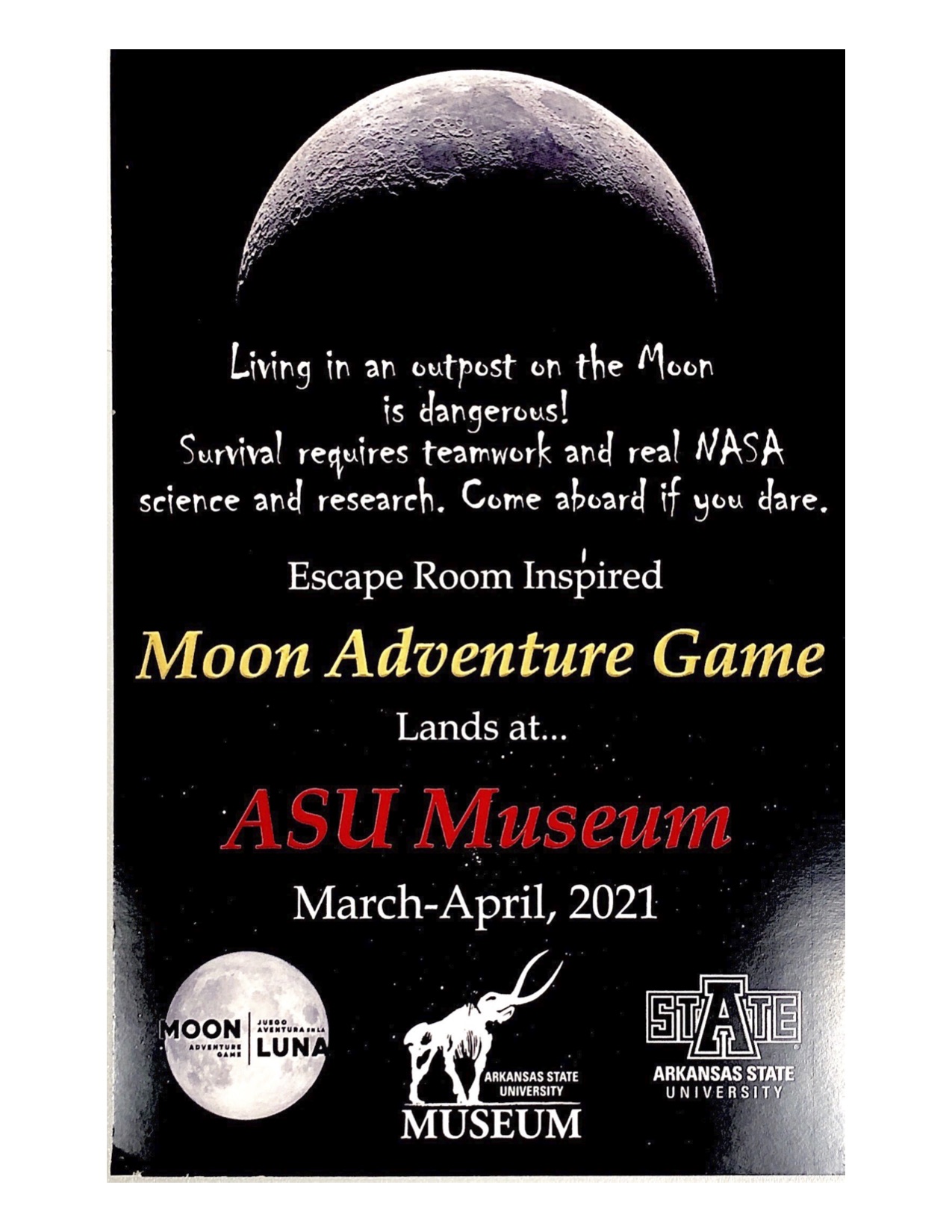